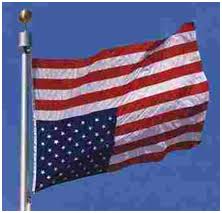 The American people have suffered a coup d’etat, but they are hesitant to acknowledge it. The regime ruling in Washington today lacks constitutional and legal legitimacy. END_OF_DOCUMENT_TOKEN_TO_BE_REPLACED

Former Secret Service Agent Dan Bongino @ Guns Across America provided compelling testimony on gun control at a Rally held in Annapolis, Maryland, last week stating “We live in a society of wolves. You do not fight back by creating more sheep!” Again, as so many others have stated, Bongino reminds American’s that our rights do not come from DC and therefore, they lack power and authority to take them away. END_OF_DOCUMENT_TOKEN_TO_BE_REPLACED

As a student who was shot and wounded during the Columbine massacre, I have a few thoughts on the current gun debate. In regards to your gun control initiatives: END_OF_DOCUMENT_TOKEN_TO_BE_REPLACED 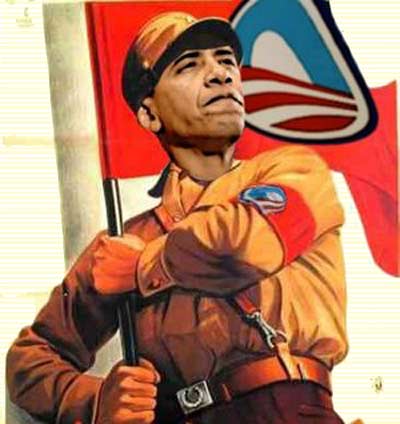 The police state is real

The Bush regime’s response to 9/11 and the Obama regime’s validation of this response have destroyed accountable democratic government in the United States. END_OF_DOCUMENT_TOKEN_TO_BE_REPLACED

If you watched the Piers Morgan interview with Alex Jones on Monday night you will recall Morgan asking “how many gun murders were there in Britain last year?” Jones guess was to high according to Morgan who provided 35 deaths as the answer. Well Morgan is wrong about this statistic. Here’s Ben Swann of Cincinnati’s Fox News setting the record straight. END_OF_DOCUMENT_TOKEN_TO_BE_REPLACED

This could be the best of times and/or the worst of times, to paraphrase Charles Dickens and a Tale of Two Countries. The country we have and the one we will have.

Assume for a moment that obama refuses to run this year, assume that he resigns this year before his term is up, either way obama is gone. END_OF_DOCUMENT_TOKEN_TO_BE_REPLACED

END_OF_DOCUMENT_TOKEN_TO_BE_REPLACED

You Don’t HAVE to Lock up Joey For The Rest Of His Life Because He Called You A Mean Name, But You CAN Lock Him Away And Throw Away The Key And Then Falsely Accuse Him Of Being a Suspected Bad Guy If It Would Make You Happy END_OF_DOCUMENT_TOKEN_TO_BE_REPLACED

This is hard to watch. Why? Because if this was my mother I’d be all over the TSA and cops. It is obvious this woman felt extremely sexually violated by the TSA agent who felt her up, and rather than remaining silent, her immediate reaction was one only a victim would feel. This TSA crap is out of control and it’s way past time for the silent public to speak up. No one deserves to be humiliated and violated for simply getting on an airplane for a vacation, business trip or get away.

“Speaking at the 25th anniversary celebration of the national media watch group Fairness and Accuracy in Reporting, world-renowned political dissident and linguist Noam Chomsky analyzes the U.S. response to the popular uprisings sweeping the Middle East and North Africa. “Across the [Middle East], an overwhelming majority of the population regards the United States as the main threat to their interests,” Chomsky says. “The reason is very simple… Plainly, the U.S. and its allies are not going to want governments which are responsive to the will of the people. If that happens, not only will the U.S. not control the region, but it will be thrown out.”

(Editor’s Note: Now that the “Osama Bin Laden” spin out of DC has lost its steam it’s the right time to report on the real facts of the operation including how all those kids with crisp American flags found their way to Lafayette Park at 10 pmish on the evening of Obama’s assassination of OBL announcement. In WMR’s report below you will learn of the many inconsistencies in the WH spin and the possible  target for the next staged false flag operation.)

President Obama anxiously kept the media and the world waiting on the evening of May 1 for what later turned out to be his announcement that he ordered a US Navy SEAL team to attack the compound of Al Qaeda leader Osama Bin Laden in Abbottabad, Pakistan. Obama claimed that the SEALs had shot and killed Bin Laden in a firefight.

The reason for the delay of Obama’s announcement, according to WMR’s sources, had nothing to do with national security but to alert Obama’s student supporters at George Washington and Howard universities in Washington, DC to marshal a group of Obama fans to gather at Lafayette Park in front of the White House in a “flash mob” to stage a pep rally for Obama after his announcement. The “Wag the Dog”-inspired demonstration was planned by Obama’s political adviser David Plouffe.

MS-NBC’s dutiful bleating Obama sycophant, Rachel Maddow, showed a flash mob gathered in Lafayette Park shouting “USA! USA!” while she proceeded to lambast Pakistan for providing sanctuary to Bin Laden and other top Al Qaeda leaders. Of course, Maddow, was merely parroting the new neocon line that Pakistan must be the next nation to be rendered like a kosher chicken in the Maddow kitchen.

Plouffe, of course, arranged for brand new American flags to be distributed to the college students for the widely-televised “impromptu” demonstration. The new, just unfolded American flags appeared faster than the new Libyan royalist flags showed up in Benghazi, Libya after the uprising against Muammar Qaddafi. END_OF_DOCUMENT_TOKEN_TO_BE_REPLACED

“Annual year-end block party at Western Illinois University ends with riot police. Students attending the Wheeler Block Party were met by a Multi-Jurisdictional Task Force who used tear gas, LRAD sound weapons and crowd suppression tactics to force students into their homes. Gary Franchi is joined by eyewitness and victim of the raid, Julio Rausseo to review video footage and recount the abuses against the students. Establishment media and law enforcement have begun to spin the story ignoring the rights abuses. Please spread the word of this report and help get this story out.”

Editor’s note: Wayne Madsen is an investigative journalist who has covered political happenings inside the Beltway for decades. His work is superior and his sources are global. He is owned by no one and is therefore free from corporate constraints to report the facts as told to him. Wayne and his investigative work is a rarity these days b/c corporate media cut investigative journalism budgets long ago. You know when you are reading a Wayne Madsen Report that it is the unvarnished truth, and obviously, reporting said truths, especially related to the empire’s CIC who has gone to great lengths to hide all there is to know about him, is threatening. Well, here’s a big clue – stop hiding who and what you truly are, Mr. President! Give American’s some credit – they may actually like the hidden Obama more than the pretend one seen in plain view everyday! And tell your lackey’s to back off because WE THE PEOPLE will be watching…closely.

In yet another indication that America’s democratic experiment is a thing of the past, this editor has received word from a source in a foreign intelligence agency allied with the United States that there has been talk by some within the Obama White House that this editor is under threat. What particular stories have inflamed the White House are not known but the warning conveyed by the source, who has connections within the White House, was stark in its directness: “They want to kill you.”

It was perfectly clear that the phrase was not being used as a figure of speech.

That this development is being reported on April 4 is even more ironic. On April 4, 1968, Dr. Martin Luther King, Kr. was assassinated in Memphis during his mission to support striking sanitation workers in the city. Now, we have our first African-American president and a threat to kill a journalist who is most definitely not one of their favorites has been seriously discussed. END_OF_DOCUMENT_TOKEN_TO_BE_REPLACED

See Opinion section to read “What the World Needs Now is Love Sweet Love” a tribute to Pastor Manning and the entire Atlah community. END_OF_DOCUMENT_TOKEN_TO_BE_REPLACED