There is no question that Hillary Clinton and George Soros are very close politically and socially. However, did Mrs. Clinton’s tight relationship with Soros result in the multi-billionaire mogul instructing his army of tech-savvy social networking gurus to install the private e-mail server at the Clinton home in Chappaqua, New York that the then-Secretary of State used to communicate privately and outside the purview of the Freedom of Information Act (FOIA) and Federal Records Act (FRA) with her closest advisers, many of whom previously worked for Soros’s NGOs?

Those who defend Clinton’s use of the private system claim that it was already in place when she became Secretary of State. However, Internet domain registration records for clintonemail.com show that there domain was registered on January 13, 2009, eight days before she was confirmed as Secretary of State by the U.S. Senate. Obama announced his selection of Clinton as Secretary of State at a December 1, 2008 press conference in Chicago.

The registration records also indicate that updates of the Whois database record for clintonemail.com were made on February 26 and March 5, 2015 just prior to and after the story about the private email broke in The New York Times. Clinton’s service provider is Perfect Privacy LLC, a private domain registration firm listing its address in Jacksonville, Florida although its website claims its headquarters is in Atlanta, Georgia. Florida Secretary of State corporation records contain no record for Perfect Privacy LLC of Jacksonville.

It has been reported by The New York Times that those who used the private Clinton email system represented Mrs. Clinton’s inner circle of family, friends, and close advisers. They included daughter Chelsea Clinton, who used the pseudonym “Diane Reynolds,” and Mrs. Clinton’s personal assistant Huma Abedin, the wife of disgraced New York congressman Anthony Weiner who resigned after “sexting” photographs of his genitals to unknown women using the pseudonym “Carlos Danger.” Questions are being asked about Mrs. Clinton’s use of the private system to help raise money from foreign sources for her and her husband’s and daughter’s Clinton Foundation, which has been mired in controversy over receiving generous donations from foreign governments. 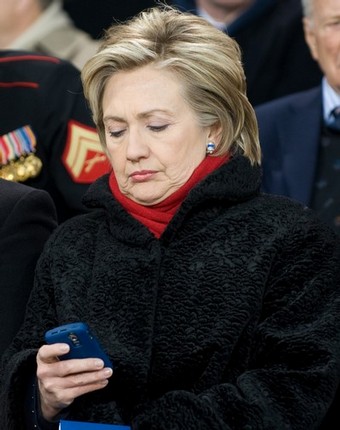 There are also credible reports that Mrs. Clinton’s deputy Secretary of State, James Steinberg, also used the private e-mail along with other top aides at the State Department. After Mrs. Clinton took over the reins at Foggy Bottom, she appointed current Treasury Secretary Jacob Lew as her deputy secretary of State for resources and management. Neither Lew nor Steinberg have commented on what knowledge they had of the private email system although it would have been Lew’s responsibility to manage Mrs. Clinton’s email usage of the official unclassified and classified email networks.

WMR has learned that the private email system used by Mrs. Clinton is similar to those installed with funding by Soros’s Open Society Institute in countries targeted for internal subversion. These private systems, such as the one being installed for Cuba’s Jewish community by State Department/U.S. Agency for International Development (USAID) contractor Alan Gross, jailed by Cuba for espionage, were developed by Soros’s technical personnel as part of his “Internet Training and Access Program (ITAP).” ITAP was designed to permit activists in certain countries to bypass government restrictions on Internet access and communicate between themselves domestically and internationally with foreign colleagues.  The ITAP project was underwritten by funding from USAID, the National Endowment for Democracy (NED), and other State Department programs.

It is believed by some observers of State Department operations that Mrs. Clinton’s private system may have been used by her top echelon, including then-spokesperson Victoria Nuland, Assistant Secretary of State for Near Eastern Affairs Jeffrey Feltman, Steinberg, and Lew to foment “themed” revolutions, some of which led to civil wars, in the Arab world. The focus of congressional investigators examining clintonemail.com, WMR is told, should be on the other possible users of the system, which, in addition to Steinberg, Nuland, Feltman, and Lew, may also include Bill Clinton, Doug Band, Soros, and NED president Carl Gershman.

About Wayne Madsen – Investigative journalist, author and syndicated columnist. Has some twenty years experience in security issues. As a U.S. Naval Officer, he managed one of the first computer security programs for the U.S. Navy. He has been a frequent political and national security commentator on Fox News and has also appeared on ABC, NBC, CBS, PBS, CNN, BBC, Al Jazeera, and MS-NBC. He has been invited to testify as a witness before the US House of Representatives, the UN Criminal Tribunal for Rwanda, and an terrorism investigation panel of the French government. A member of the Society of Professional Journalists (SPJ) and the National Press Club. Lives in Washington, D.C.

Stephen Cohen, professor emeritus of Russian studies and politics at New York University and Princeton University spoke with DemocracyNow! to discuss the volatility in Ukraine while re visiting the recording between the U.S. ambassador to Ukraine, Geoffrey Pyatt, and Victoria Nuland, the top U.S. diplomat for Europe – END_OF_DOCUMENT_TOKEN_TO_BE_REPLACED