The Kafka courts of Alabama

Secret courts and trials, star chambers, and illegal detention may be the stuff of a Franz Kafka trial but in Alabama the court proceedings against an investigative journalist have reached and surpassed Kafkaesque dimensions.

Roger Shuler, who runs a blog called Legal Schnauzer, has been undaunting in his investigations of Alabama’s GOP, what many have referred as the “Dixie Mafia.” Shuler was arrested on October 23, beaten by Shelby County, Alabama sheriff’s deputies, and jailed as a result of an order issued by a dubiously-appointed special judge named Claud Neilson. Shuler was charged with contempt of court because he refused to take down from his website a story about Rob Riley and an alleged affair with an Alabama lobbyist named Liberty Duke.

The Reporters Committee for Freedom of the Press and the ACLU have stated that Neilson’s order for the removal of the story about Riley and his lobbyist tart is unconstitutional. The ACLU has also stated that the sealing of the court documents by Neilson is also unconstitutional because it impedes the public’s right to know.

But when has the U.S. Constitution ever mattered to a state that introduced the world to black church bombings, lynchings of innocent black youth, a white governor blocking the entrance of the largest state university to black students and a U.S. deputy attorney general, and a Democratic governor jailed after having his governorship stolen from him in a fraudulent election? Instead of being called the “Heart of Dixie,” Alabama has rightfully earned the appellation of the “Heart of the Dixie Mafia” and “Klan Kountry.”

And true to form, the radical GOP right-wing has used stories posted about the Shuler case by Al Jazeera and the Huffington Post, to launch “sock puppet” comment barrages against Shuler and in support of the Riley klan. 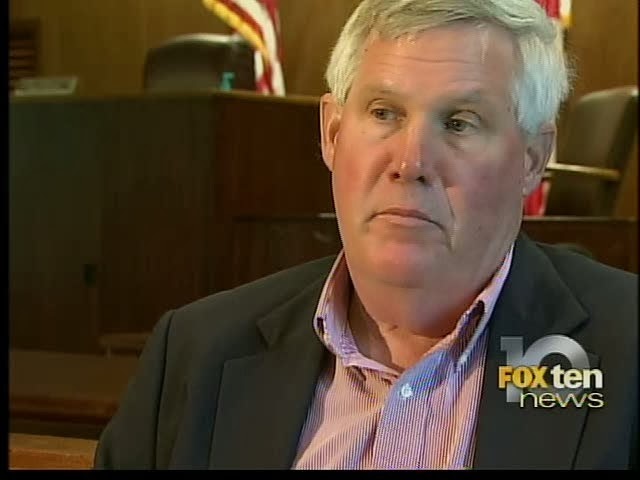 Neilson was appointed special judge as the result of collusion between the son of the former GOP Governor of Alabama Bob Riley, Birmingham attorney Rob Riley, who harbors his own political ambitions, and the circuit court of Shelby County. The county court is rife with Riley political cronies and Neilson, a retired state judge, was appointed as a special judge to “handle” Shuler. Neilson’s first task was to seal all the relevant documents in the case.

Alabama legal experts point out that Neilson’s appointment as a special judge is, itself, possibly illegal. The only way that a special judge could have been appointed is that all the active circuit court judges would have first recused themselves because of potential conflicts-of-interest regarding their past dealings with either ex-Governor Riley or Rob Riley. And it was the documentation on why Neilson was chosen to preside over the Shuler matter, bypassing current Shelby County judges, that serves as the basis for Neilson’s decision to seal all court documents relating to the case. Neilson’s decision is the very essence of Kafkaesque.

It was announced that there would be a hearing on the preliminary injunctions to force Shuler to remove the content of his website at 10:00 am on November 14. The hearing was to be held in a secret location with the details of the hearing also a secret. Shuler’s hearing on the resisting arrest charges have been postponed to January 2014 and the reporter could sit in jail until at least that time.

Franz Kafka would have certainly avoided travel to Alabama, one of America’s truly deep backwater pockets of a bygone era.

Editor’s Note: Mrs. Shuler posted the following message made by her husband  today – “I’m feeling very despondent. If I had been able to get online the first 10 days after this mess happened, I might be closer to having a good lawyer or two lined up. But instead, here I sit with no legal representation and a permanent injunction hearing of some sort at 10 a.m. tomorrow. No wonder I wish I could just die in my sleep.”  The T-Room will continue to follow this story and provide updates.